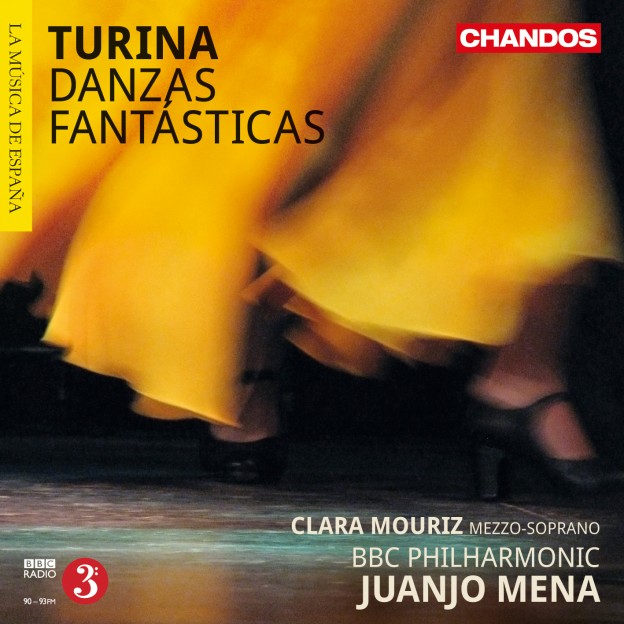 This download forms part of Chandos’ ongoing Spanish Music series, performed by the BBC Philharmonic and its Chief Conductor, Juanjo Mena. Here the focus is on the orchestral works of the composer Joaquín Turina, one of the two leading Spanish composers of the twentieth century, the other being Manuel de Falla. Turina was a prolific composer, who in his sixty-seven years wrote more than one hundred works, in which he explored a wide range of classical genres, from symphonic music, solo piano pieces, and vocal works to ballet scores and chamber music. Most of these show the influences of traditional Andalusian music – often conveying feelings of rapture and immense exaltation – while also owing a debt to a range of French composers.

“…In all the music on this well-filled disc you will hear a style of Impressionism that is not cool and misty but ablaze with heat and light. The BBC Philharmonic relish Turina’s textures under Mena’s idiomatic direction, and typically rich Chandos sound is everything one could wish. This is well worth collecting alongside Mena’s previous discs of music by Falla and Montsalvatge…”

«…With the exception of the moderately paced Saeta the remaining works generally inhabit a similar sound-world. Turina’s highly rhythmic and vivid coloration combined with his passionate approach invariably produce steamy evocations of baking Spanish sunshine. With infectious enjoyment Mena and the BBC Phil ideally capture the expressive mood of these joyous scores. Produced at MediaCity UK, in Salford this open and clear recording ticks all the right boxes.»

“…The three vocal items here are novelties … They are sung with ravishing sweetness of tone by Clara Mouriz, who sounds born to sing them… The orchestra’s playing and Chandos’s sumptuous sound place this new disc in the front rank …”

«… As an introduction to an unfairly neglected composer, this disc couldn’t be bettered. It’s also very nicely recorded.»

«…  An early contender for one of my discs of the year and if this does not feature in other similar lists and awards I will be surprised. Simply magnificent and a must-hear for all those with a penchant for all things Spanish and ripely orchestrated.»